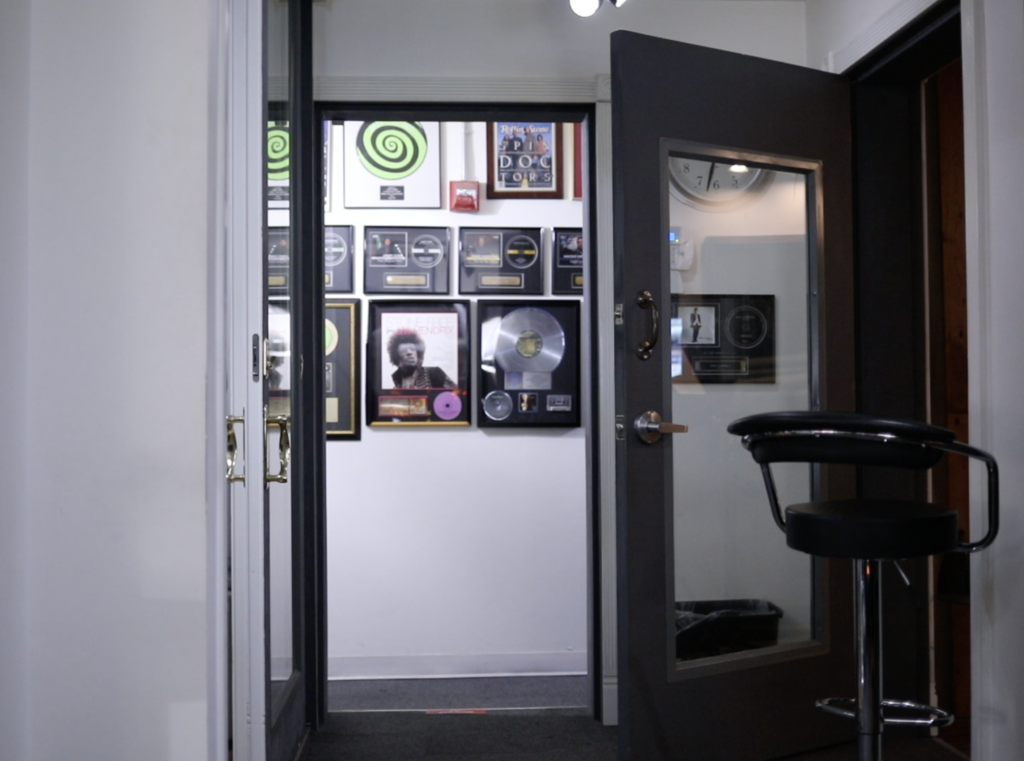 The Studio facility in Brooklyn – New York City is a partnership of ‘Aaron Comess’ and ‘RK\ Roman Klun’ where concepts, intuition, digital and analog technology come together to create inspiring, captivating, timeless and award winning music for album, film, TV and multi-media formats.

The proprietors have collectively garnered an Ivy League list of awards, including 3 Grammy nominations, a Film/TV-Genie (Oscar) win, a Multi-Platinum and Gold Award Win for record sales at pop/rock exceeding 10 million in record sales, a JPF-Hollywood nomination, a Juno win (Canada), a Golden Melody Award win (Taiwan) and a #1 Album debut at Billboard, a #1 debut at iTunes, eleven #1’s at Jazz Radio and a top ten at Blues Radio. We are also recognized by the A.E.S. (Audio Engineering Society) for work in 5.1 Surround Sound – Film, TV and Multi-Media Formats and on the providers list for Apple’s MFiT (Mastered for iTunes): “Music as the Artist and Sound Engineer Intended.”

Regardless of where you may reside (Taiwan, Rome, Berlin, Paris, London, Toronto, Los Angeles, Nashville, San Francisco), Source-Live enables instant world-wide access over the internet (Fiber-Optic) to your listening environment (studio control room, laptop and even your iPhone). We can email you the “Live link” or “iPhone app,” you can open your “Source-Live Gateway” web page or by streaming directly in QuickTime and you can start listening immediately.  You will be able to hear the mix in “real-time” through your own familiar speaker environment for addressing any mix tweaks.  Melodyne is also one of the benefits for vocal tuning touch-ups or that last minute guitar solo without having to be at the studio in person.  See our eMixing page (Tweaked Master) for further details by clicking here.

His House-Innsbruck Studios is nestled among Danbro Rehearsal Studios, The Sweatshop, Music First Productions (sound & lighting), The Well, Newtown Radio, and the Exit Room art gallery; a community of musicians, artists and other creative professionals located two blocks from the L train in East Williamsburg.  Housed in the former Hittleman Brewery, an historic building erected in 1867 and a surviving gem on Brooklyn’s once famed Brewer’s Row where 17 breweries encompassed 9 blocks of land – from Scorcese to 50 Cent, Animal Collective to No Age, National Geographic, to Pitchfork TV and for hundreds of independent artists, the 75,000 square feet of raw 19th century industrial space has proven an unparalleled location.  When fully completed, the complex will be the single largest community of its kind in New York City.

Brooklyn / “brʊklɪn” is the most populous of New York City’s five boroughs, with about 2.6 million people, as well as the second-largest in area.  Brooklyn has played a major role in various aspects of American culture including literature, cinema and theater.  The Brooklyn accent is often portrayed as “typical New York” in American television and film.  Brooklyn hosts the world-renowned Brooklyn Academy of Music, the Brooklyn Philharmonic, and the second largest public art collection in the United States, housed in the Brooklyn Museum.  It has in its permanent collection more than 1.5 million objects, from ancient Egyptian masterpieces to contemporary art.  The Brooklyn Academy of Music (BAM) includes a 2,109-seat opera house, an 874-seat theater, and the art house BAM Rose Cinemas.  Brooklyn Technical High School has the second-largest auditorium in New York City (after Radio City Music Hall), with a seating capacity of over 3,000. /read the full story…